The SPACEPLATES Greenhouse is a full-scale prototype of the SPACEPLATES Building System. It was originally built for the temporary public space on Krøyers Plads (now occupied by luxury housing blocks) and later moved to the garden of Prags Boulevard 43.
A greenhouse is a contained quantity of air and light which extends the growing season and enables the thriving of plants otherwise alien to local climate. It creates a bubble of super-nature, where growth otherwise impossible becomes possible. Even though almost completely transparent and thus in direct visual contact with its context, the smell, temperature, humidity and taste of things are of a different character than just outside the thin membrane. The greenhouse enables different kinds (or quantities) of food, but also different experiences of climates and atmospheres.

The SPACEPLATES greenhouse was originally built for public space on Krøyer’s Plads. It is an example of how food can be produced within the city. Because it is lightweight, easily constructed and moved, and because the overall size and form can be adjusted to any available plot of land, the greenhouse has the flexibility to be placed anywhere where people have the need and desire to grow food for a season or more.
The land that is now occupied by one-family houses in the suburbia surrounding all Western cities was once the farming land for the production of food for the city.
As the building of the suburbs has pushed farming land further and further away from the city, our food production has become increasingly industrialized. Today the connection between the land of the suburbs and the dinner table of the city has almost disappeared. The SPACEPLATES greenhouse makes local food production possible for anyone who has the desire to grow and eat his or her own food.

CONSTRUCTION METHOD
While the design of the greenhouse is based on digital modeling and the production of the parts by CNC-technology, the assembly method is so simple that it allows anyone to construct their own greenhouse without a complicated instruction manual and with no other tools than a wrench or a drill to tighten nuts and bolts. Even though this particular version of the SPACEPLATES greenhouse consists of 20 different parts, the simple geometry of similar hexagons of increasing sizes allows for just one configuration of the plates.

STRUCTURE
Unlike the conventional load-bearing greenhouse structures based on compression (a structure based on posts and beams supporting the transparent cladding material, the SPACEPLATES greenhouse takes advantage of the light, flexible material and a structural method called pure plate structure, which combines compression and tension forces working in the plate material itself, needing no primary supportive structure.
Pure plate structure is an elegant and economical way of creating doubly-curved forms. Unlike the triangulated lattice structures used in much contemporary architecture, in pure plate structures, the structural system and the cladding is one and the same thing. The geometrical and structural characteristics allow for extremely economical and simple building systems at any scale from small units to larger spans. In this particular version of the SPACEPLATES greenhouse, the ratio of structural span/material thickness is 1:1333

Unlike Bucky Fuller’s well-known and well-tested domes where the number of different parts are kept at a minimum, the SPACEPLATES building system takes advantage of contemporary technology to mimic more complex naturally occurring geometries. Because an organic growth principle, these often contain a gradient, and thus many geometrically similar but differently sized parts.
This version of the SPACEPLATES greenhouse is based on the sea urchin’s geometry, where hexagons of increasing size generate a spherical form.To further remove the SPACEPLATES greenhouse from the well-known spherical domes, the overall form is distorted by the golden ratio, resulting in an elliptical footprint rather than a circular.
There is an intricate dependency between the geometry and the structural capacities of SPACEPLATES. Hexagonal tessellation results in Y-shaped vertices at any given joint, which allows for an ideal distribution of forces within the surface of each plate. This has been documented well in current research, for example in the PhD dissertation of
Anne Bagger, M.Sc. Ph.D., which along with Ture Wester’s work has inspired and informed our work on pure plate structures. 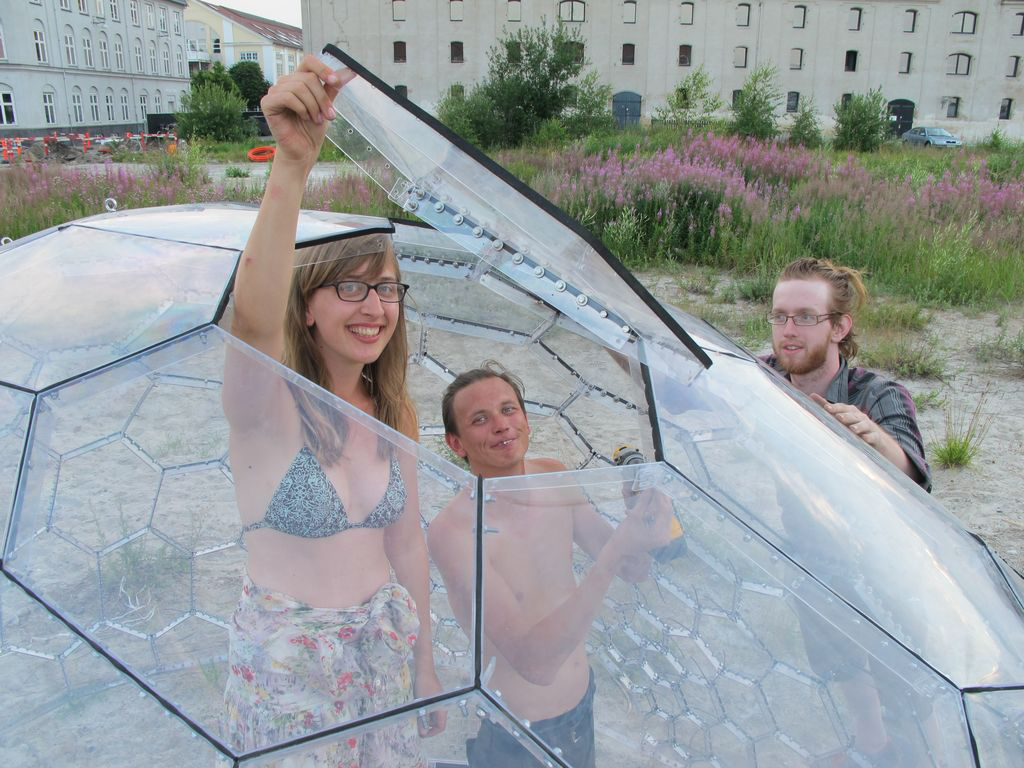 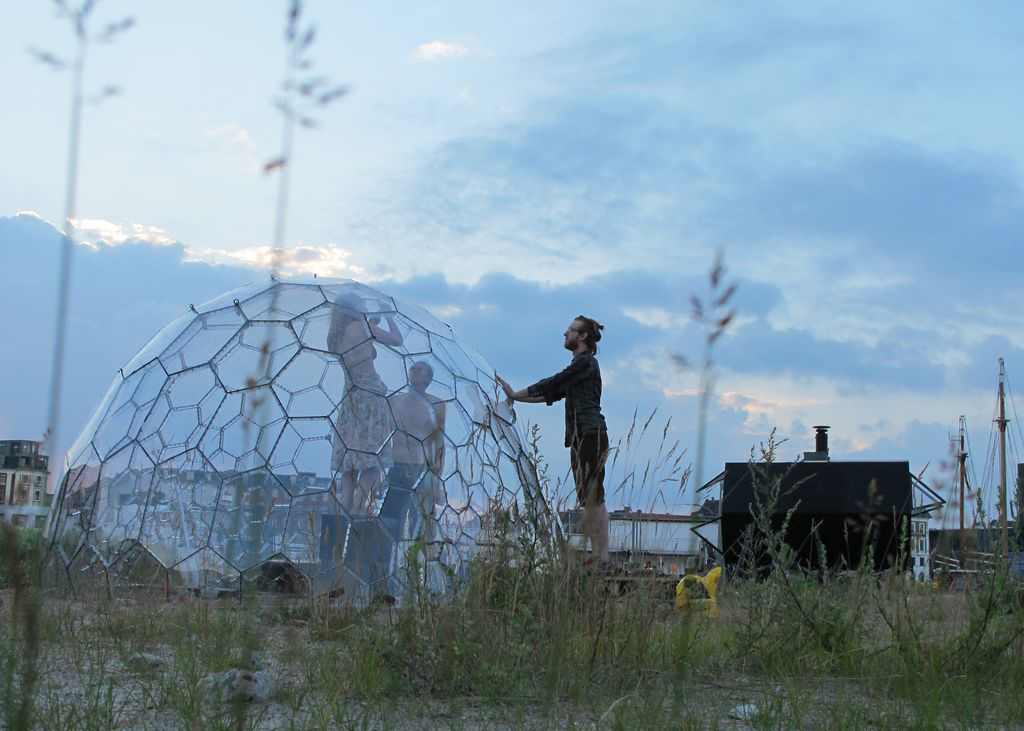 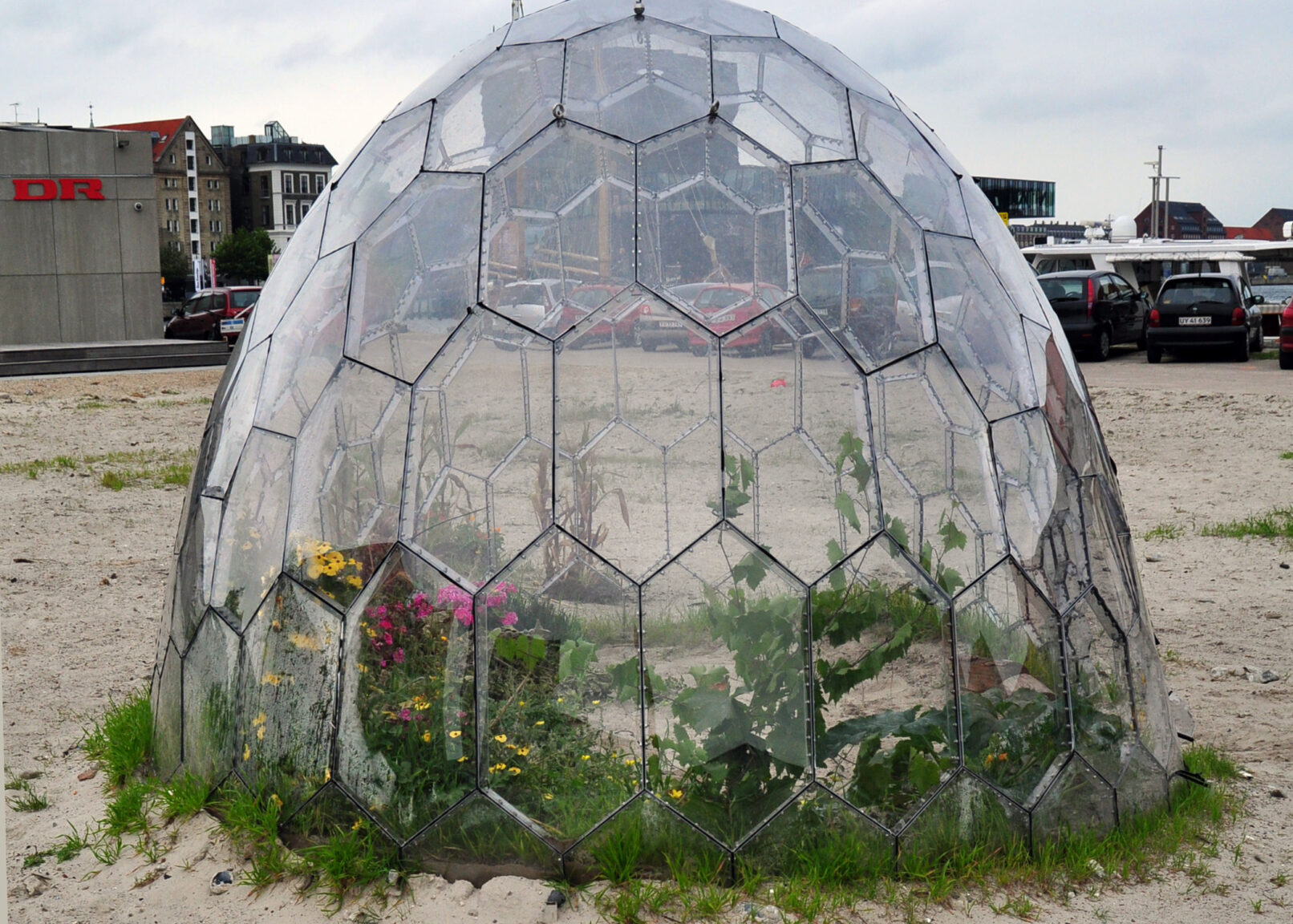 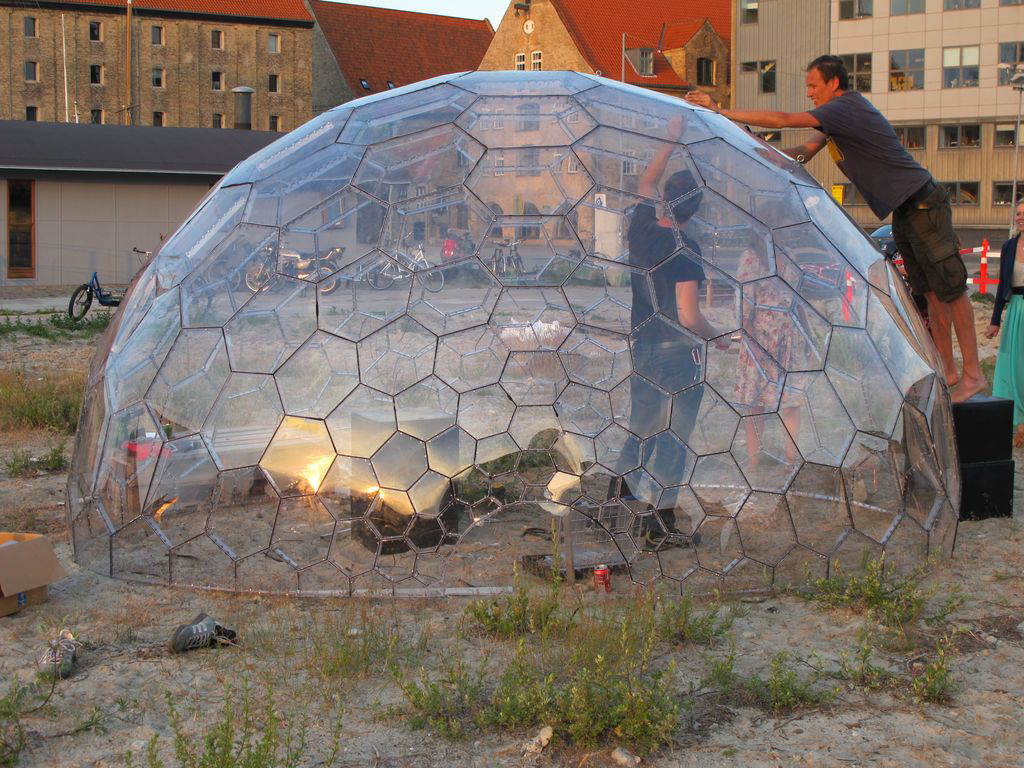 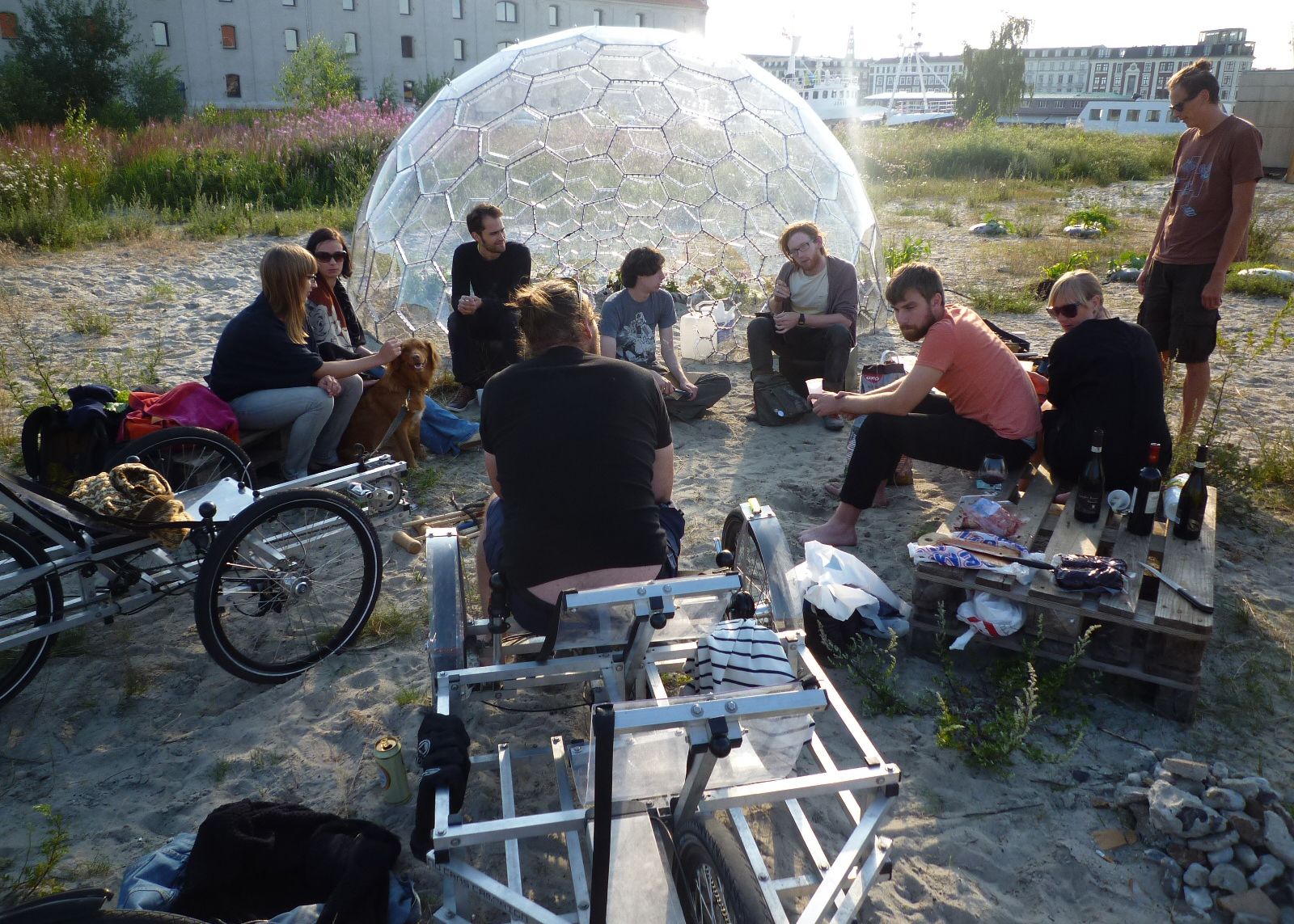 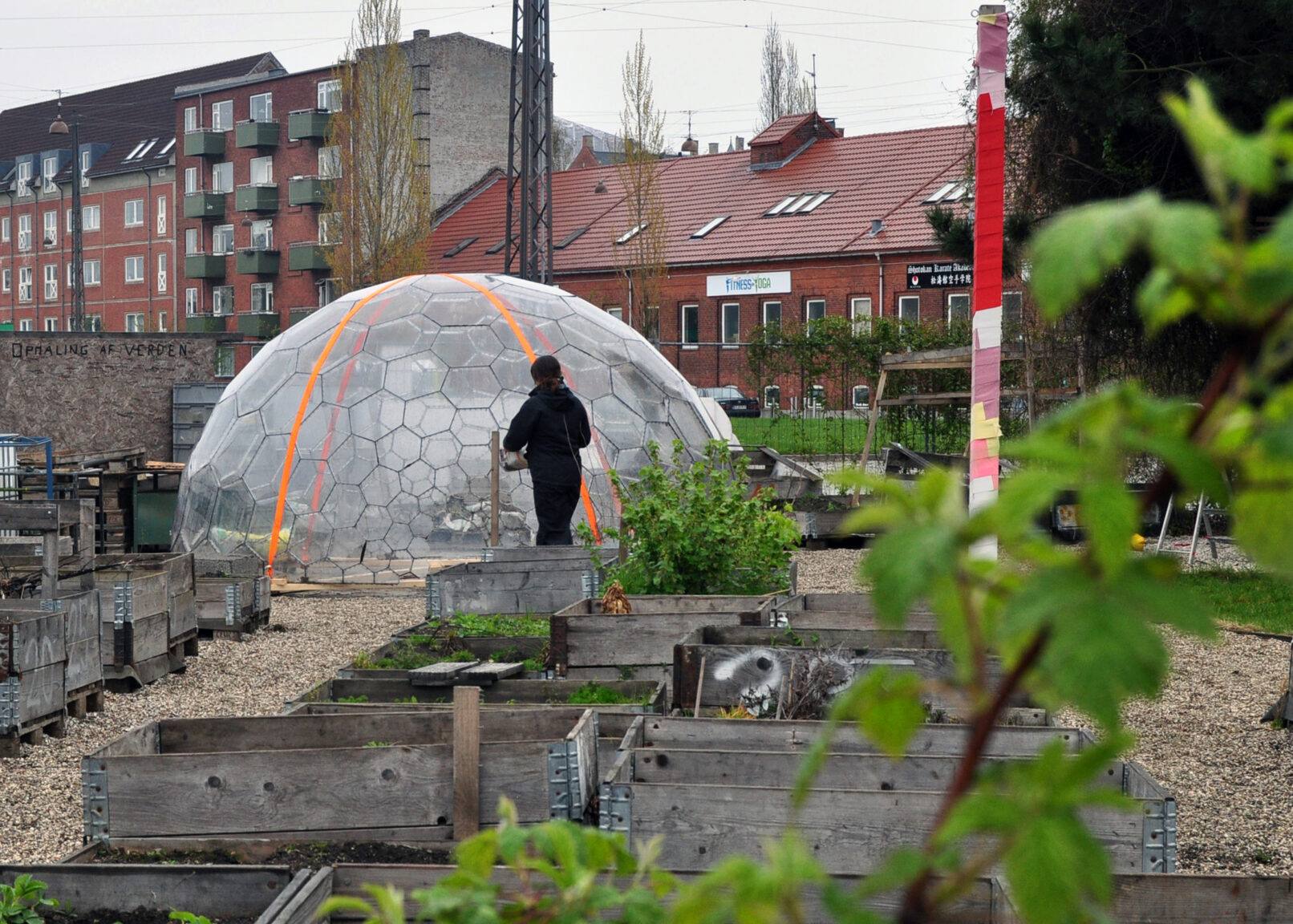 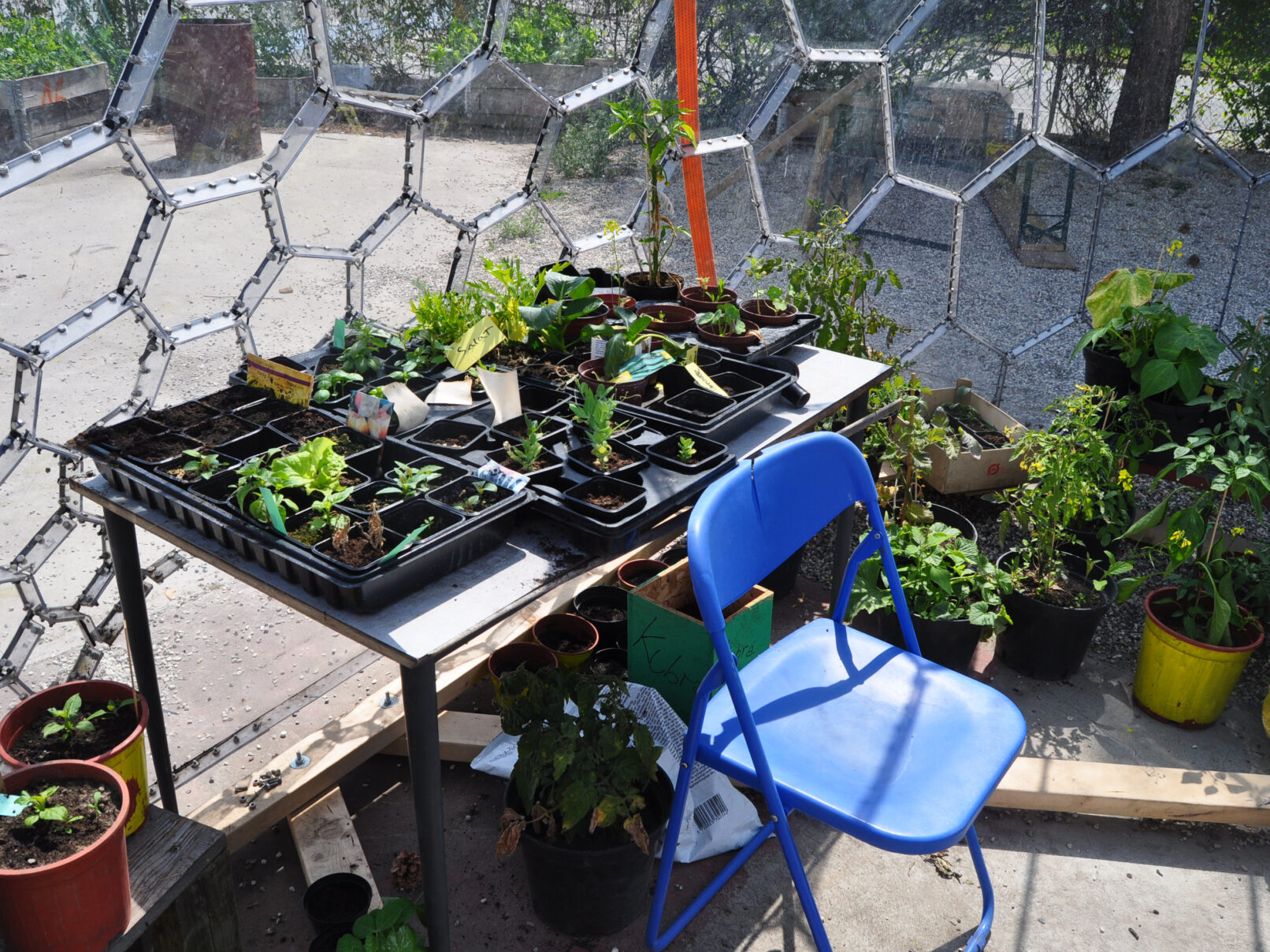 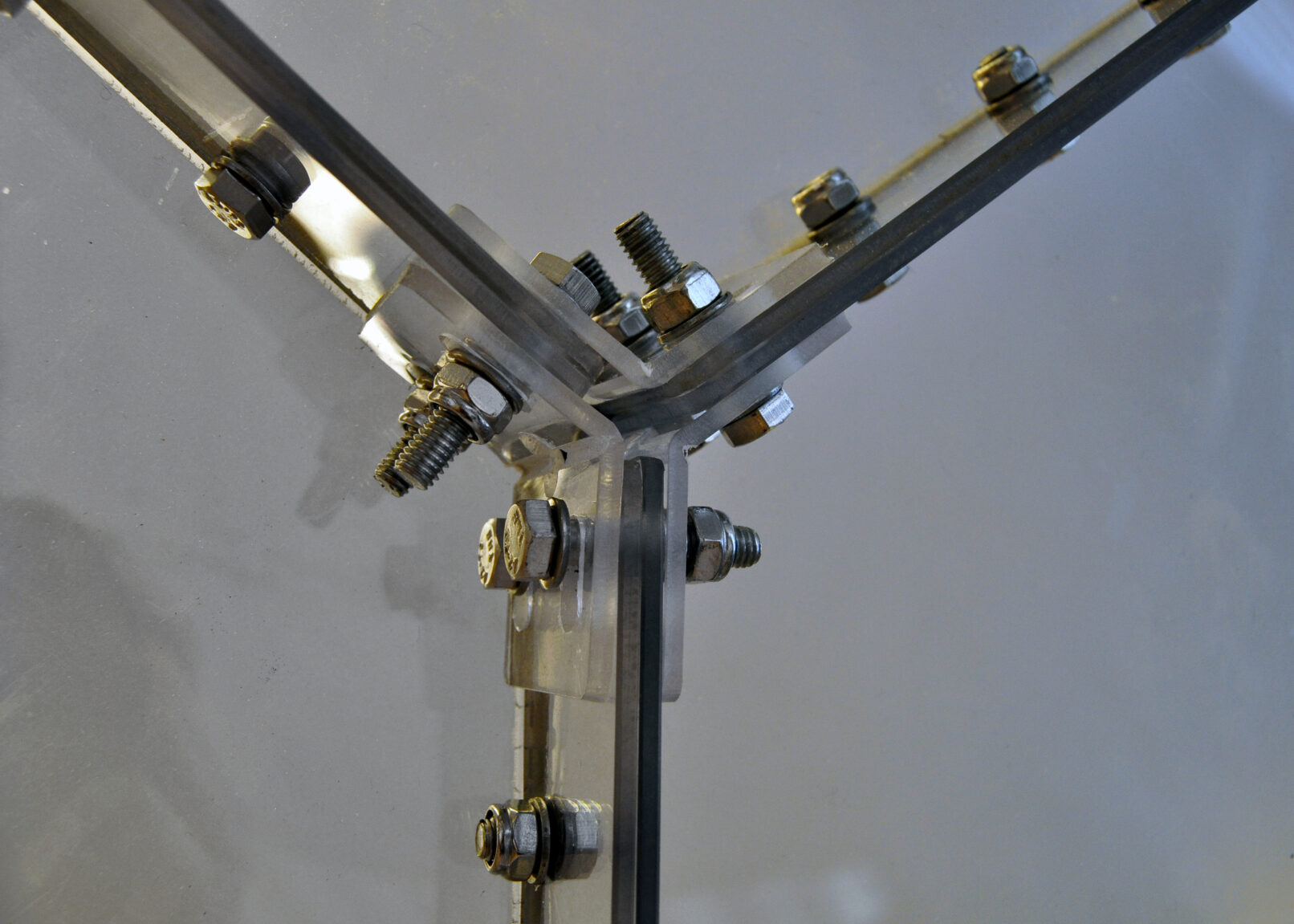 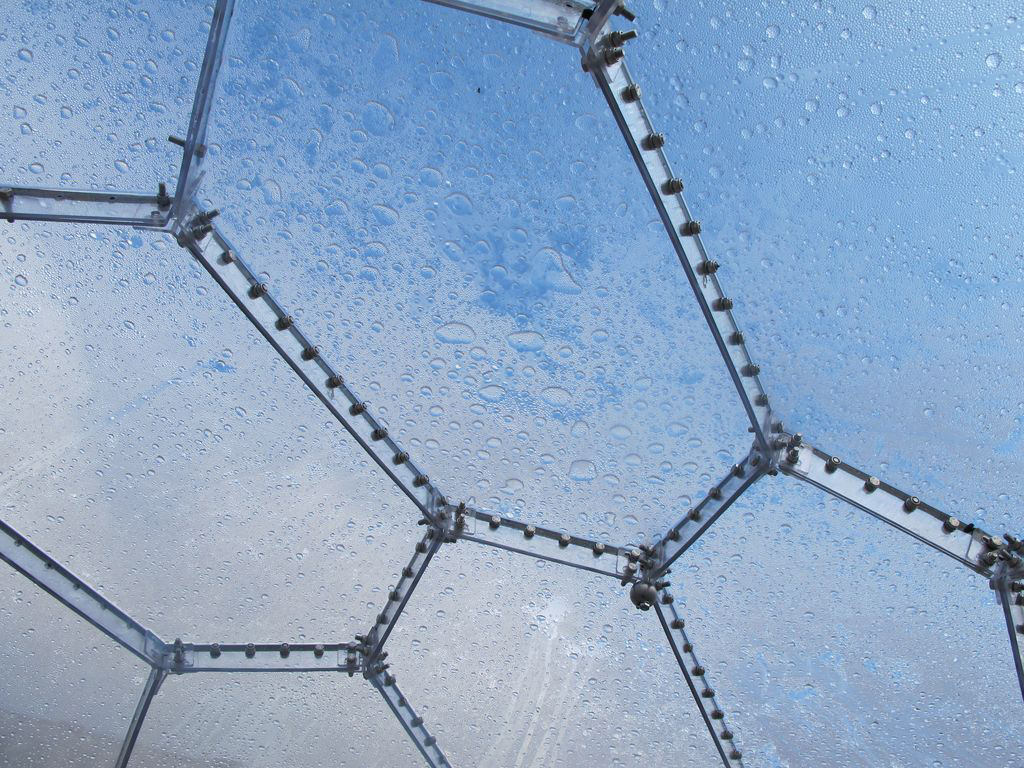 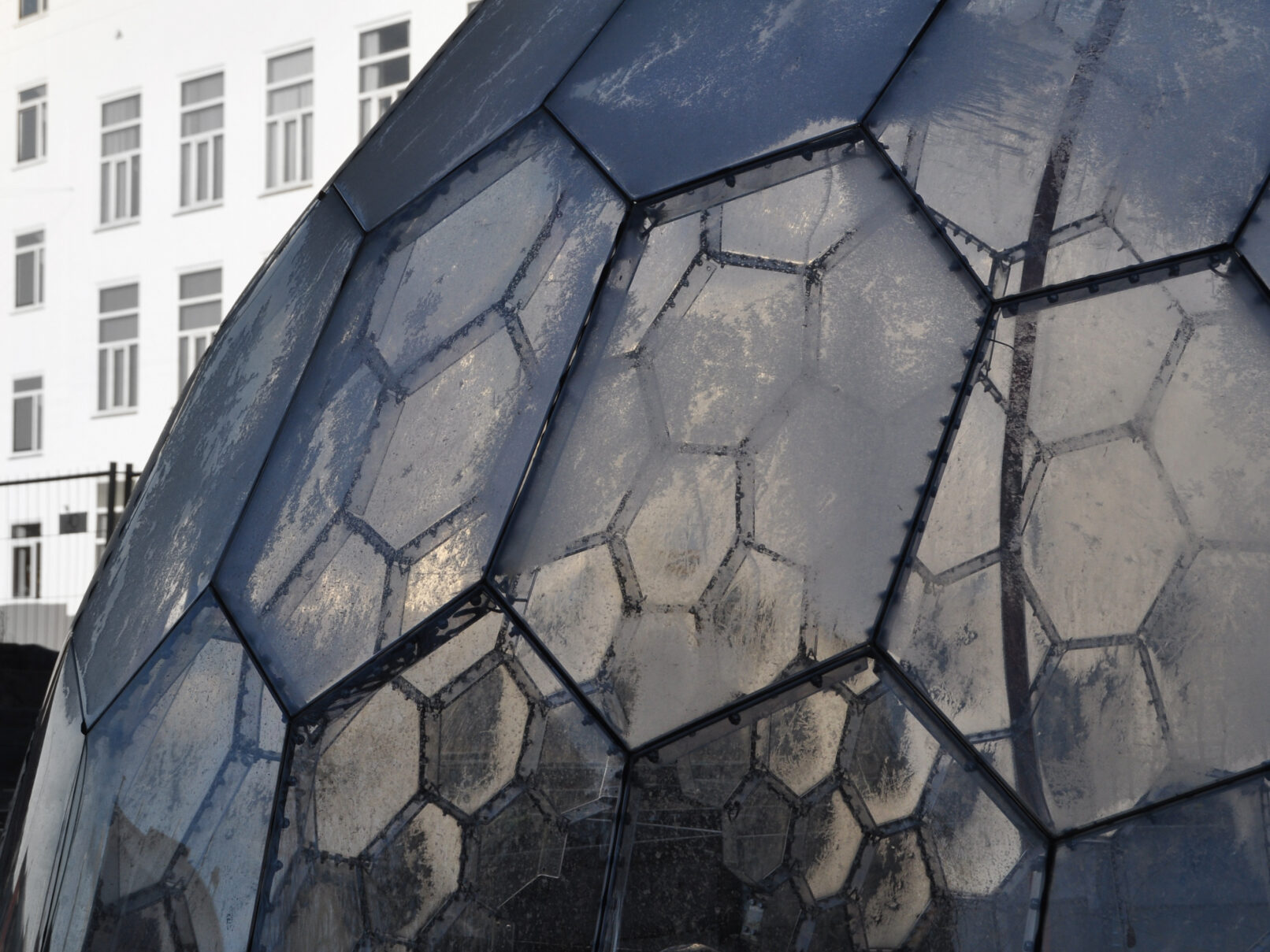 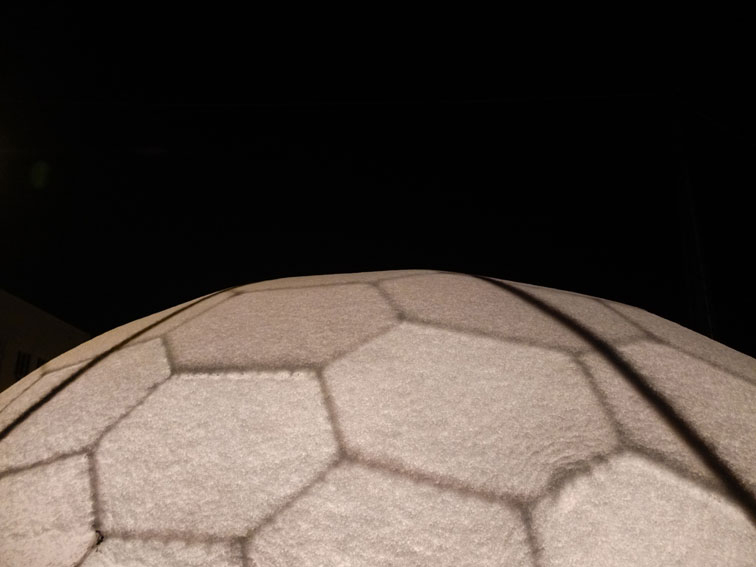