The late Danish Engineer Ture Wester identified an unexploited potential in using pure plate structures for constructing doubly curved surfaces. The SPACEPLATES BUILDING SYSTEM takes up that challenge. By means of digital design and fabrication, and based on Westers significant work on the dualistic geometric and structural relationship between lattice and plate structures, we have developed a rigid, light weight modular building system. Being a pure plate structure, there are no other structural members than thin plates, bend at all edges to achieve a simple, mechanical assembly method. While the design and the production requires digital technology, the structure itself can be assembled using only hand tools.

The system has been tested in  prototypes (in plywood and polycarbonate) and has been used for SPACEPLATES Greenhouse (2012) in Bristol, England. Currently, in collaboration with Njord, we are developing a platform for sustainable, locally produced greenhouses. The geometric, structural and material potentials are being researched extensively in our shared workshop in Copenhagen.
Pure plate structure is an elegant way of creating doubly-curved forms. Its structural members – thin plates – are capable of transmitting both tension and compression forces. Unlike in the lattice structures that are being used in much contemporary architecture, in pure plate structure the structural system and the cladding is one and the same thing. As a result, the climate barrier can be fully integrated into the structural system, and detailing kept at a minimum. Just as in the elegant shell of the sea urchin, pure plate structures are characterized by their relationship between great strenght, an extremely thin shell and a large enclosed space.

There is an intricate dependency between the geometry and the structural capacities of SPACEPLATES. Y-shaped vertices at any given joint allows for an ideal distribution of forces within the surface of each plate. Unlike Bucky Fuller’s well-known and well-tested spaceframe domes where the number of different parts are kept at a minimum, the SPACEPLATES BUILDING SYSTEM takes advantage of contemporary technology to mimic more complex naturally occurring geometries, such as the sea urchin shell. Because an innate organic growth principle, these often contain a gradient, and thus many geometrically similar but differently sized parts.

The SPACEPLATES BUILDING SYSTEM has as its programmatic ambition to enable people to build structures for themselves. It is of concern that architecture as a discipline and the building process in particular is increasingly dependent on large-scale economic capacity and advanced technology. While much technology is becoming accessible to a large number of people and is put to use in their everyday life, the act of building a structure for living in is for a number of reasons becoming an increasingly inaccessible privilege for most. This project suggest a method for building which potentially could allow for statically well-defined user designed and assembled structures. 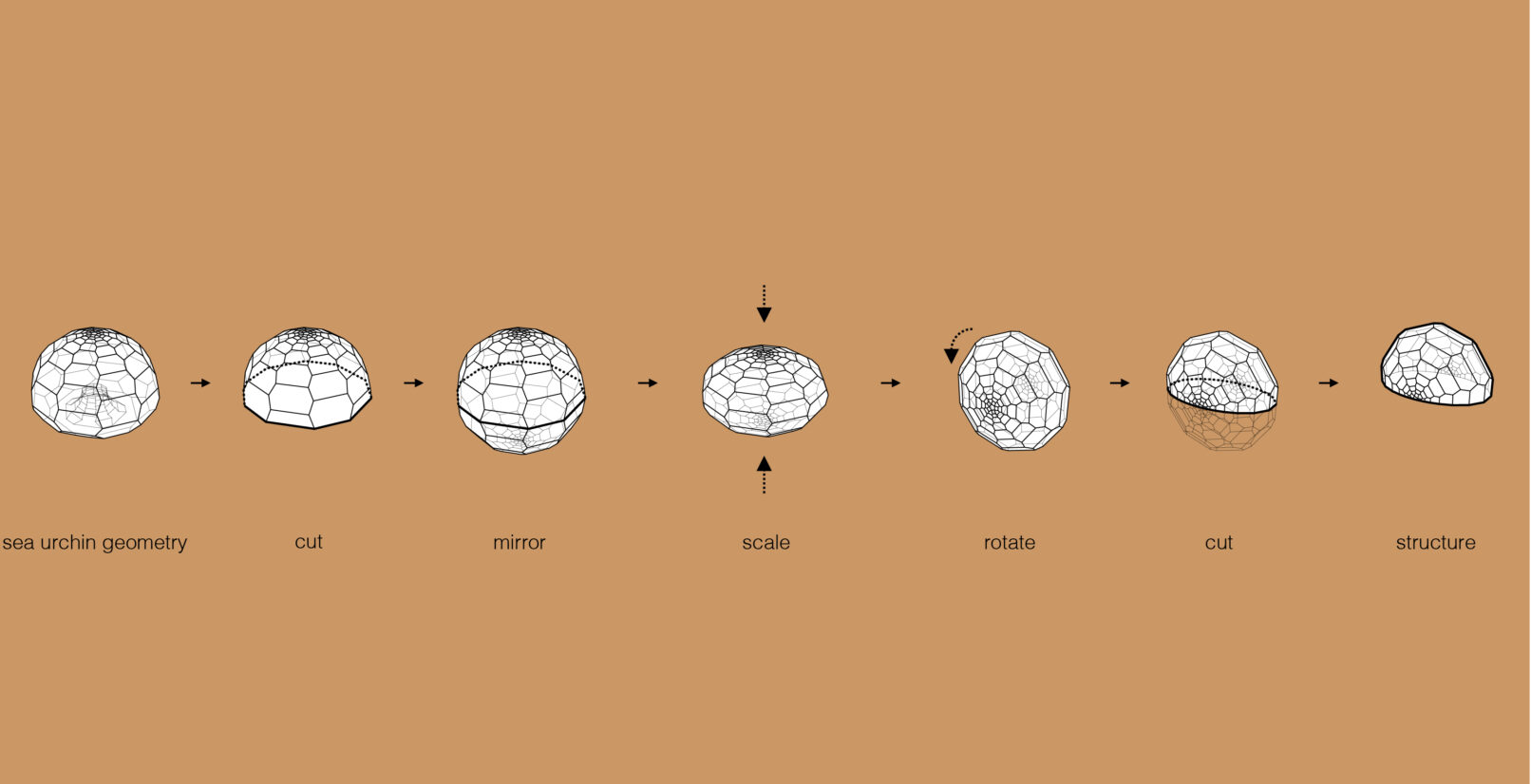 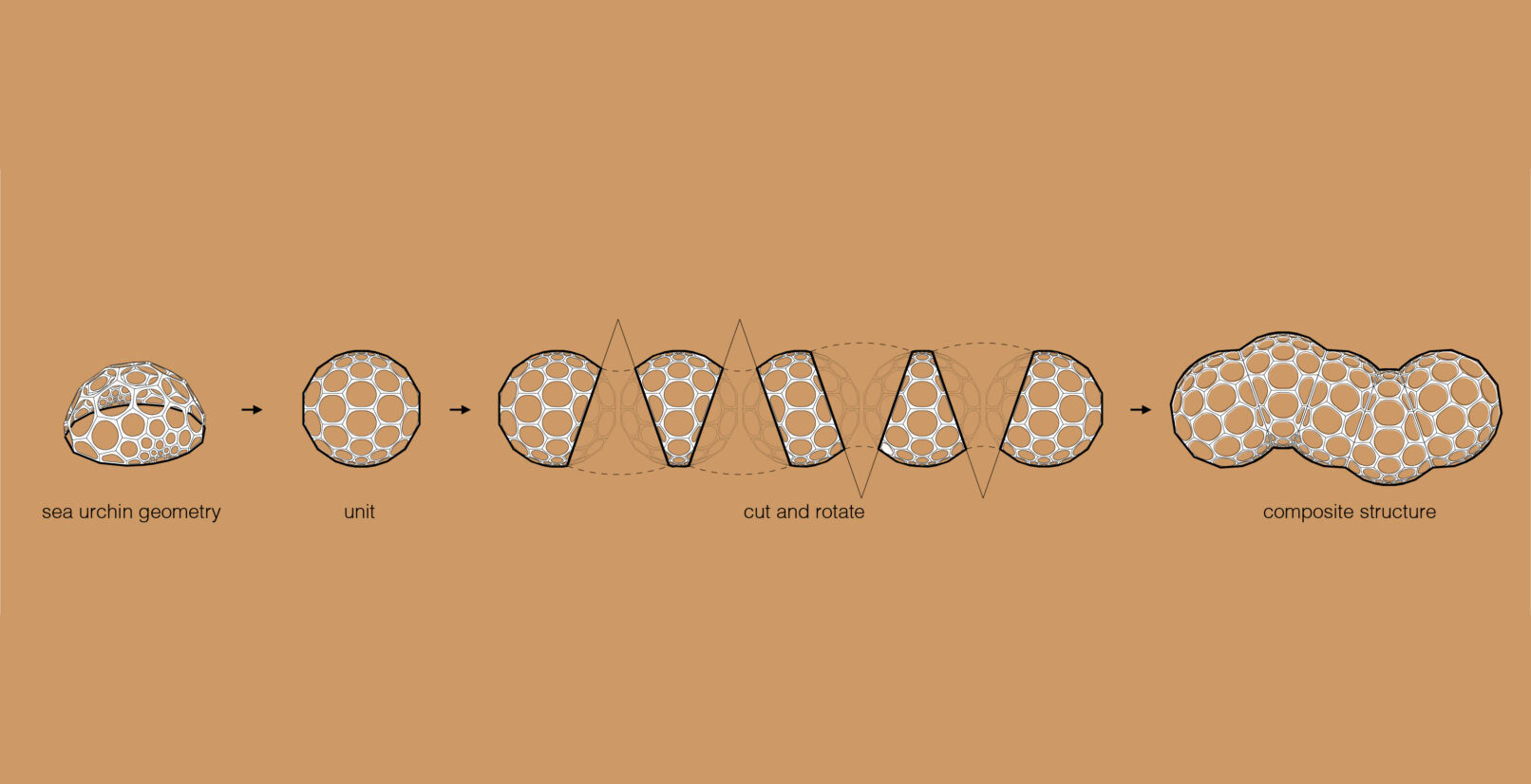 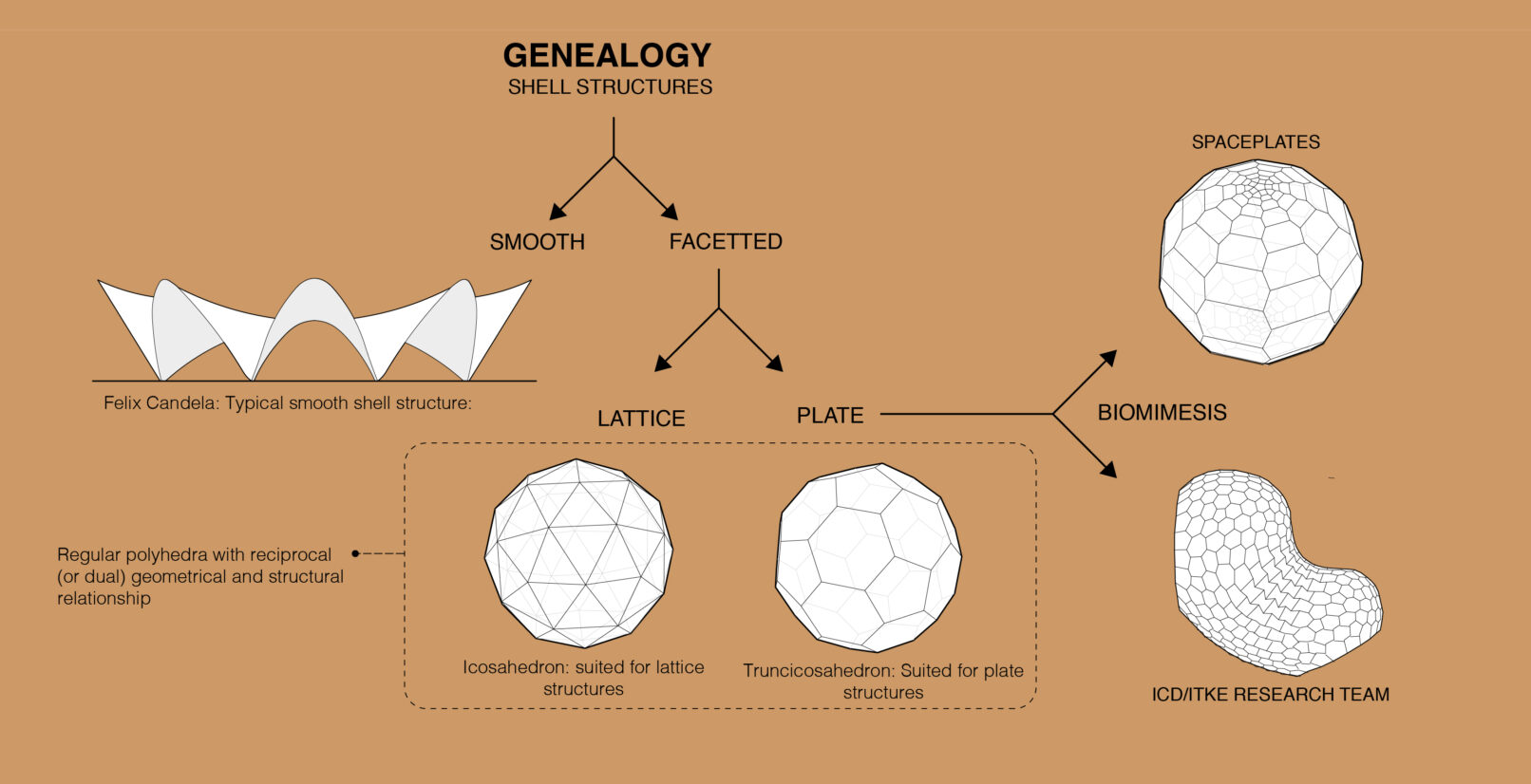 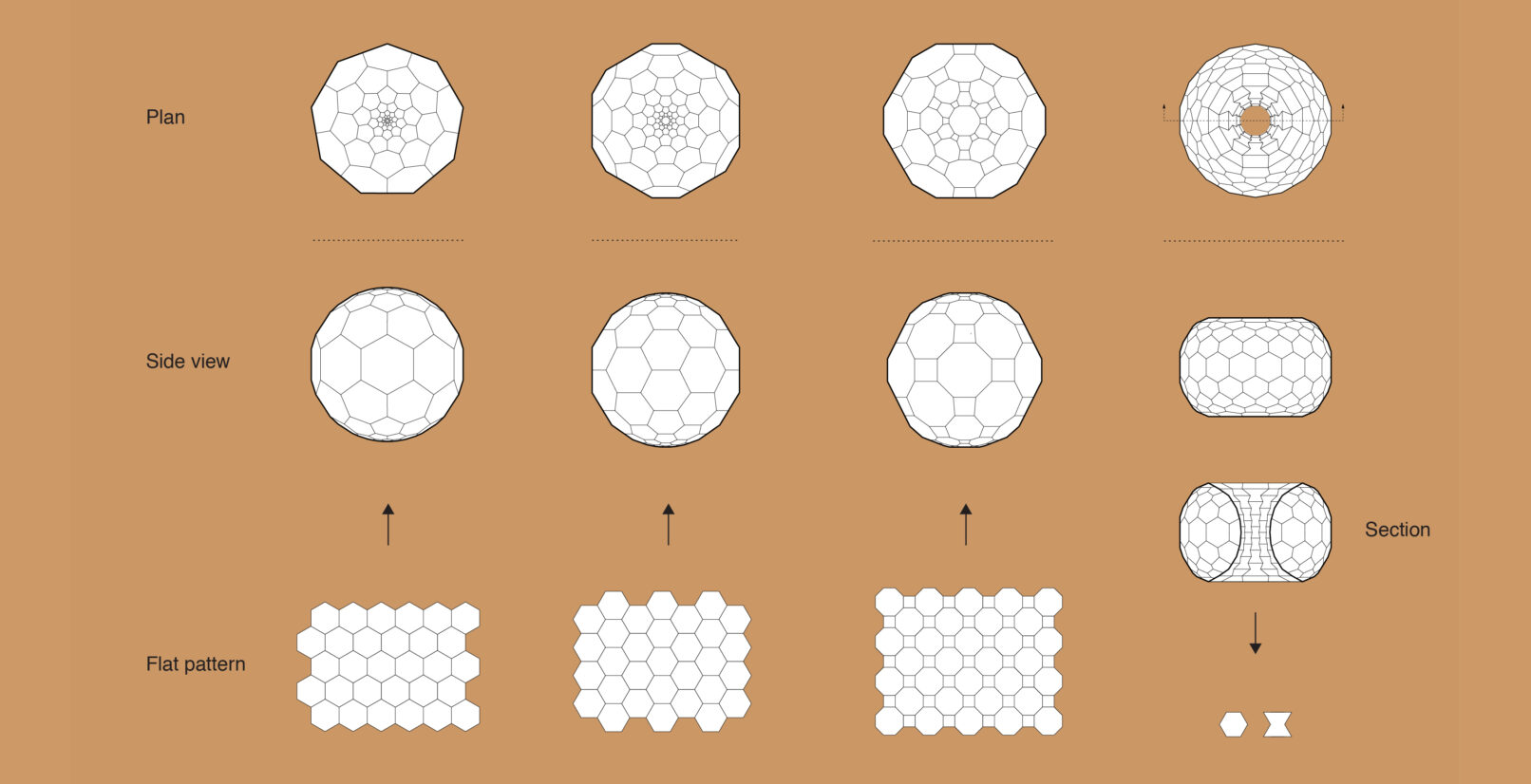 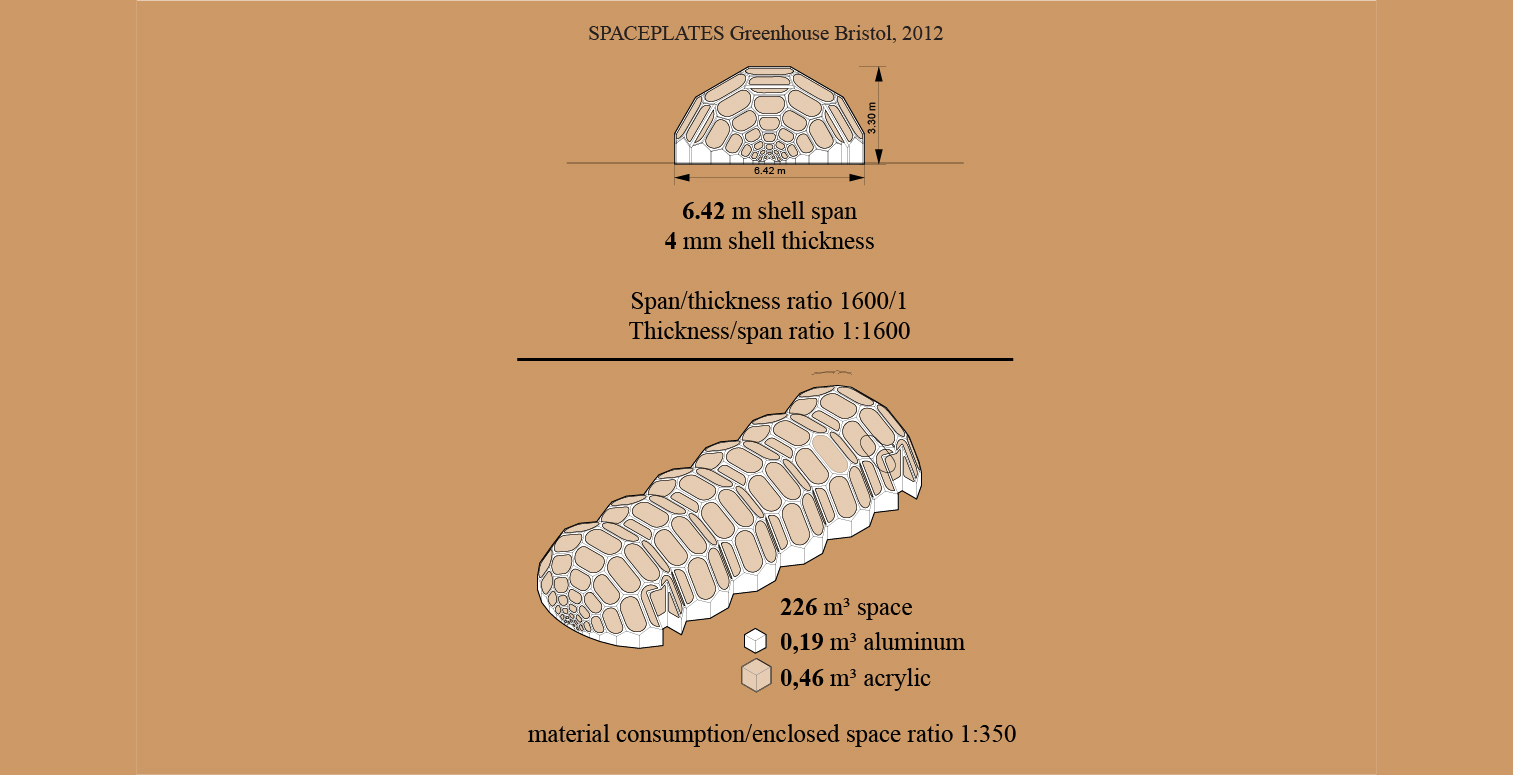 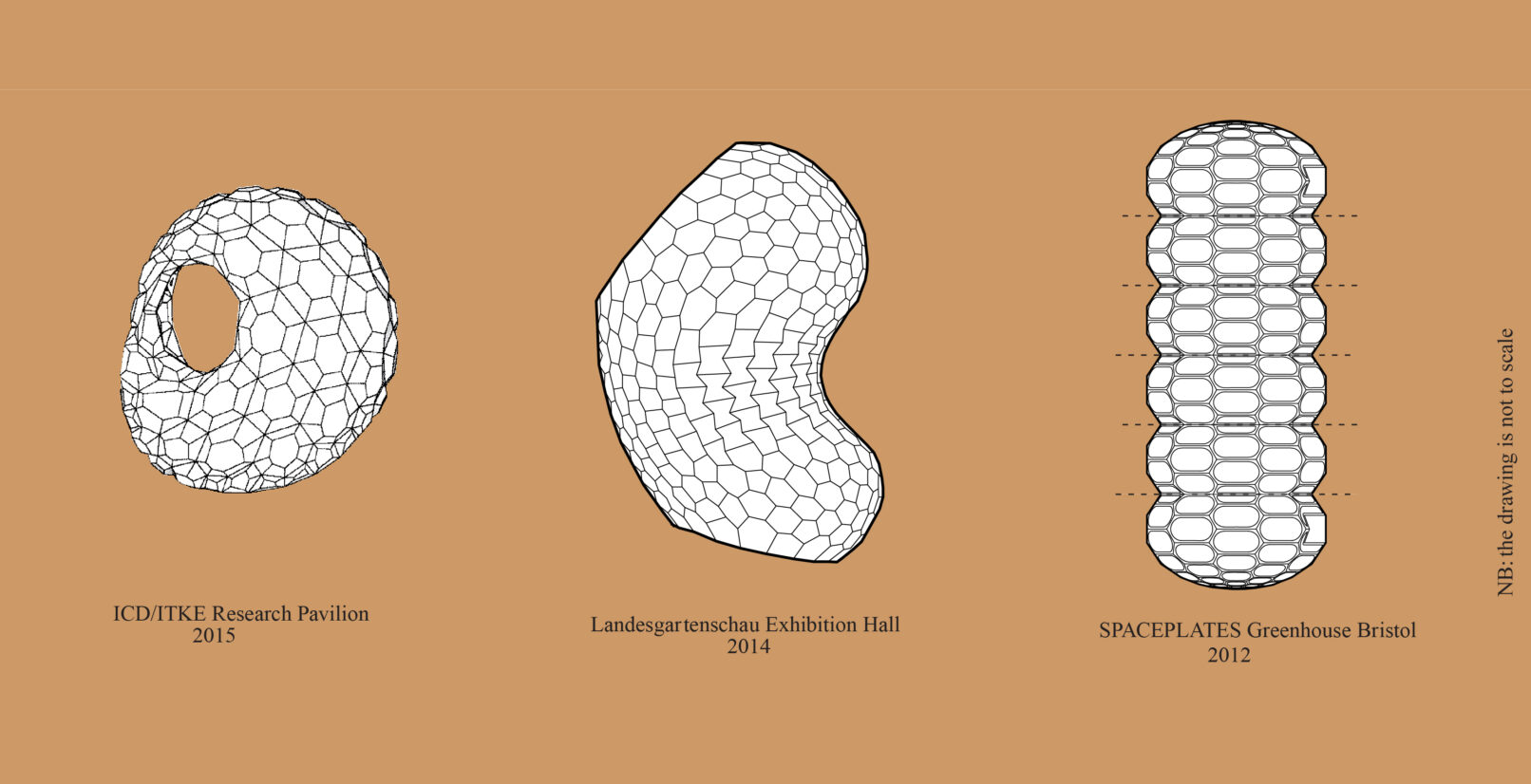 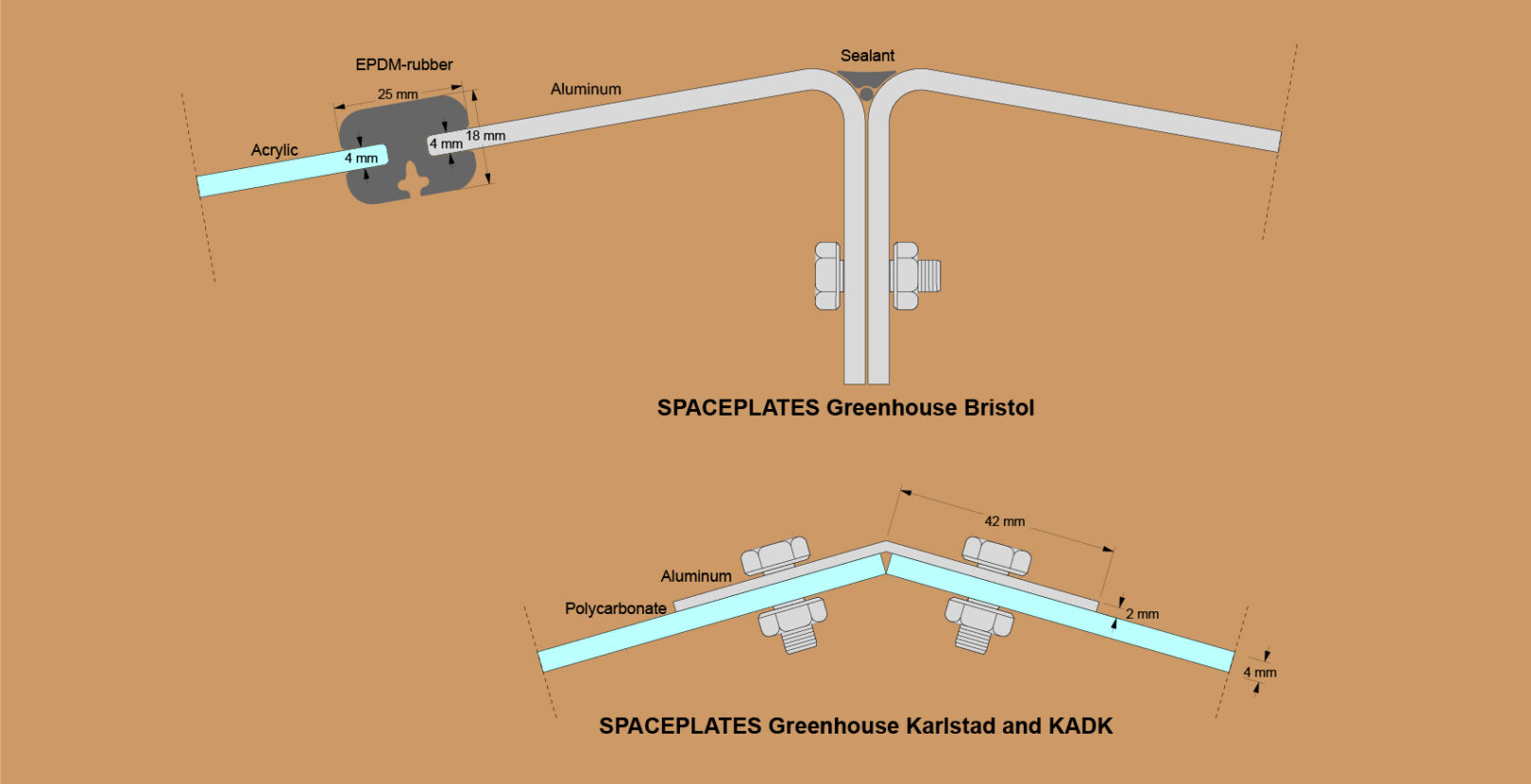